It has come to light recently from the 2011 census statistics that Canada's two official languages French and English are on the decline while Tagalog (Philippines), Chinese Mandarin and Cantonese, Korean, and Punjabi are on the rise.

China being the number one source of non-European immigrants these days due to our government taking in so many of their dissident population in exchange for favourable trade deals instead of fighting Communism so they would not want to leave so badly are crowding our west coast with other Asian populations.

Many non-European immigrants come from the middle east due to to Israeli oppression and occupation and the interference of western powers on the behalf of Israel to depose leaders and topple governments any threat to Israeli occupation of Palestine and parts of Egypt, Lebanon and Syria besides getting the rich oil fields and construction contracts from UN air strikes.

It is time to let our governments know we will no longer be the willing lackeys of the Nazi state of Israel and the Zionist influenced USA to fight their battles so we do not create more radical Islamic states and creating a dissident population that want to migrate here first. Instead perhaps we should help to covertly undermine Communism in China and imposing a trade embargo like they do to oil rich anti-Zionist states in the middle east so that their populations will not flood our nation.

Why? Because this is Our Heritage! Our Homeland! 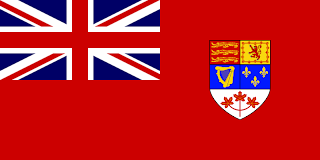 Posted by Canadian Nationalist Front at 10:11 AM