The Communist Chinese Invasion On All Fronts

Not only are we being flooded by non-whites in record numbers and most of those from China, The Middle East and Asia Minor but also an economic invasion. We were almost proud of our government with it's new immigration reforms which are a step in the right direction even though a baby step but a step nonetheless then as we look on in astonishment at this great advance we get Pearl Harboured and slapped in the back of the head from behind with our government approving the biggest takeover of our 2 main oil companies by China and Malaysia not only are we selling our souls to allow Chinese immigrants to come here in exchange for business and trade deals but now we are selling our main booming nonrenewable natural resources then saying that's it, that's the last deal of this nature, somehow I'm not inclined to believe the government. Time to stop the Red and Yellow invasion! 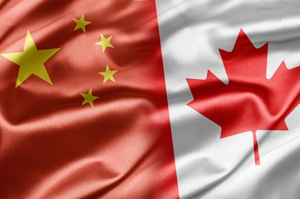 Posted by Canadian Nationalist Front at 7:01 PM No comments: