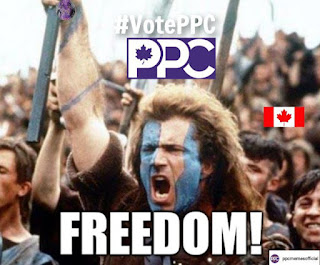 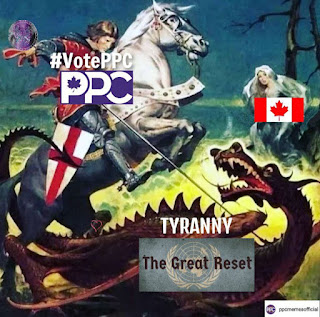 By Alex Boutilier Ottawa Bureau
Tue., Sept. 14, 2021
OTTAWA — Far-right and white nationalist groups are pushing their followers to support Maxime Bernier’s insurgent People’s Party of Canada in next week’s federal election.
On the fringes of the internet and in encrypted chat rooms, groups like Canada First and the Canadian Nationalist Front are encouraging their thousands of adherents to back Bernier’s PPC.
While not all People’s Party supporters are motivated by white nationalism or far-right extremism, it is clear that white nationalist and far-right groups view the party as a viable vehicle for their grievance-fuelled politics.
The party, which polls suggest has seen a surge in public support in recent weeks, has found support among some in far-right circles over its opposition to mandatory vaccinations, vaccine passports, and Bernier’s pledge to dramatically curb immigration.
But the party’s anti-establishment pose appears to be the common thread uniting far-right groups behind Bernier.
“Justin Trudeau, Jagmeet Singh and Erin O’Toole may get the grand share of the votes, but they represent nobody other than the system; and we f - - - - - - hate them,” reads one recent post on Canada First’s Telegram channel, which boast nearly 5,000 subscribers.
“Vote PPC, take as much power away from these three shills as you possibly can.”
“Beware of people that sow division, ‘tis the tactic of our leftist enemies to spread disinformation,” reads another from the Canadian Nationalist Front. “Stick to the important issues like immigration reform and economics, ignore the dividers, PPC is the only viable option in the future for our future.”
https://www.thestar.com/amp/politics/federal-election/2021/09/14/far-right-and-white-nationalist-groups-urge-followers-to-support-maxime-berniers-peoples-party-of-canada.html
https://t.me/CanadianNationalistFront1
Posted by Canadian Nationalist Front at 11:01 AM No comments:

The best news is Maryam Monsef of the Fiberals is being voted out! 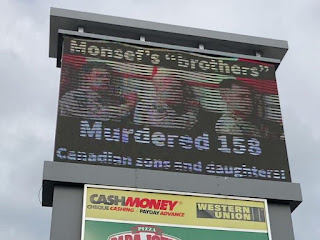 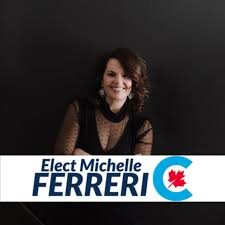 The best news is Maryam Monsef of the Fiberals is being voted out! Here in Peterborough it will be Michelle Ferreri that will most likely win for the Cons at over 40% support waaay better and nicer to look at than the Turd's favorite embarassing pet minority! Like calling the Taliban "Our Brothers" fiasco and countless others being demoted and making up a fictional job for her, Buhbye! You are the weakest link! I'm still voting PPC though!

Posted by Canadian Nationalist Front at 11:53 AM No comments:

PPC (People's Party of Canada) is the only true right wing party that is increasingly viable because they are the only party that want to axe the Multicultural Act, ending all multicult funding, immigration reform and better ecenomics. 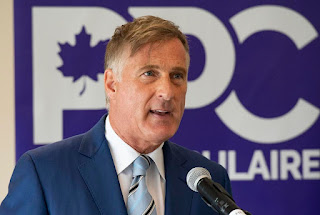 PPC at 12% as I predicted after the last election that PPC support will increase exponentially with each election. Big jump from the 2 to 3% support from last election when they just formed as a party. In the election after this one they may have a majority government or official opposition. This election they will get some seats and perhaps beat the irrelevant Communist NDP for 3rd place paving the way for a true uncorrupted party not bending the knee to the status quo destroying the fabric of Canada. 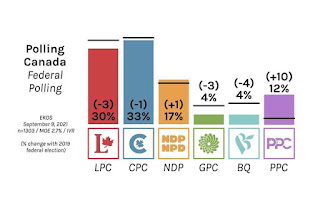 Posted by Canadian Nationalist Front at 10:19 AM No comments:

Just keep exposing people CAHN, very smart to keep doxxing trained killers lol sure bring about your own demise, CAHN are the Accelerationists by such actions, painting people into a corner and causing the radicalization of people who otherwise would never do anything except express opinions anonymously on a chat board.

So I guess the Canadian Charter of Rights only applies to minorities? Freedom of speech, freedom of association, freedom of thought? Sorry I forgot we live in a Communist country.

Being annonymous on a web board, 1488 or bust? That broke laws and his Canadian human rights are allowed to be violated and infringed upon? Yet to prove it was even armoured corporal William Condie. 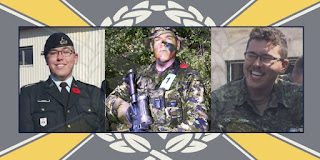 "When you silence men of the word you will have to deal with men of the sword".

CAHN is directly responsible for alleged actions of Patrick Mathews after his doxxing and Canadian Anti-Hate Network should be charged and sued for causing mental stress resulting in ruining someones life that had a spotless record and pillar of the community with no intent of anything but posting comments anonymously and choosing to associate with like minded people drove him to radical actions  in  real life due to being doxxed becoming persecuted in a witch hunt feeling there was no other action but to flee and making mistakes not thinking logically being backed into a corner like a viper or a wounded wolf.

All you do is make us stronger, help us network and responsible for Acceleration of what would be a peaceful and bloodless victory your bringing it all on yourselves lol keep up the good work CAHN! Helping us to victory!

Posted by Canadian Nationalist Front at 3:49 PM No comments: 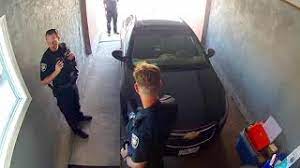 Const. Paul Heffler was suspended with pay on April 12. Heffler told CBC he would have "loved" to comment, but can't because of restrictions in the Police Services Act.

Heffler is one of three Ottawa police officers seen and heard in a security camera video that was recorded in 2018 and went viral after it was posted April 6. The officers, who were on duty and in uniform, were standing in a private garage while waiting to serve a warrant.

During their conversation, Heffler is heard paraphrasing someone whose name is inaudible, saying: "Our days are done. White man's day is done."

"We're the minority, I think, at this point," Heffler continues.

Another officer agrees: "If you put all the different groups together."

Heffler then goes on to discuss interracial relationships.

"You go to Toronto, and every couple you see walking by is a mixed couple. You don't see white and white people together. It's white [and] Asian, white [and] East Indian," he said.

Const. Heffler did not break any laws, was a private conversation and statement of facts and opinions that all agreed on. There should have been no suspension. It is a fact that whites are a minority in Urban centers.
The officer should be applauded as a hero and be a shining example to others to take a stand against Cultural Marxist ideology and public propaganda against whites destroying our civilization.
https://www.cbc.ca/news/canada/ottawa/police-officer-suspended-ottawa-race-1.5995174
Posted by Canadian Nationalist Front at 2:42 PM No comments:

Dutch police said on Saturday they had arrested the alleged leader of a multibillion-dollar drug syndicate who is listed as one of the world's most-wanted fugitives and has been compared to Mexican drug lord Joaquin "El Chapo" Guzman.

Another fine example of the cultural enrichment of diversity...
https://www.cbc.ca/amp/1.5885643
Posted by Canadian Nationalist Front at 10:47 AM No comments:

Q'Anon people need to get your head out of the clouds

Q'Anon people you need to get your head out of the clouds believing in far fetched conspiracy theories from people yanking your chain.

I have seen no proof of any of these bogus theories in general except for global economic slavery perpetrated by the Rothschilds, IMF etc that is factual and they admitted it publicly but these other far off tin foil hat ideas have to stop, there is no Santa Claus or Easter bunny, focus instead on real political issues and our leftist and centrist enemies, our movement is not the National Enquirer.
Posted by Canadian Nationalist Front at 11:11 AM No comments: 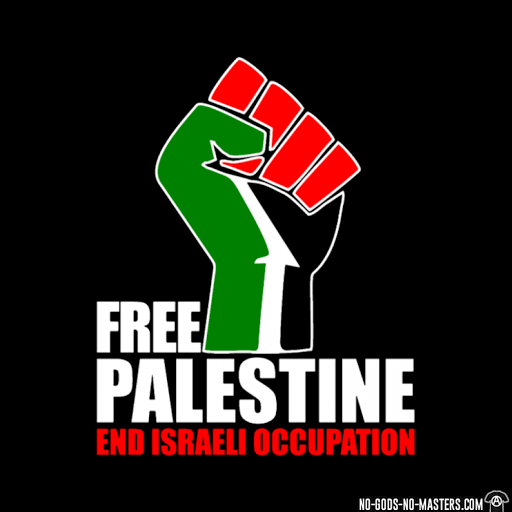 The Jewish Defense League (JDL) is classified as "a terrorist group" by the FBI since 2001, According to the FBI, the JDL has been involved in plotting and executing acts of terrorism within the United States.

The group took to bombing Arab and Soviet properties in the United States, and targeting various alleged "enemies of the Jewish people", ranging from Arab-American political activists to neo-Nazis, for assassination. A number of JDL members have been linked to violent, and sometimes deadly, attacks in the United States and in other countries, including the murder of the American-Arab Anti-Discrimination Committee regional director Alex Odeh in 1985, the Cave of the Patriarchs massacre in 1994, and a plot to assassinate Congressman Darrell Issa in 2001. Several JDL members and leaders died violent deaths, including Kahane himself, who was assassinated by an Arab-American gunman.

According to the Anti-Defamation League, the JDL consists only of "thugs and hooligans".  The group's founder, Meir Kahane, "preached a radical form of Jewish nationalism which reflected racism, violence and political extremism,"  attitudes that were replicated by Irv Rubin, the successor to Kahane.

Terrorism and other illegal activities

In a 2004 congressional testimony, John S. Pistole, Executive Assistant Director for Counterterrorism and Counterintelligence for the Federal Bureau of Investigation (FBI) described the JDL as "a known violent extremist Jewish organization." FBI statistics show that, from 1980 through 1985, there were 18 officially classified terrorist attacks in the U.S. committed by Jews; 15 of those by members of the JDL.

In its report, Terrorism 2000/2001, the FBI referred to the JDL as a "violent extremist Jewish organization" and stated that the FBI was responsible for thwarting at least one of its terrorist acts. The National Consortium for the Study of Terror and Responses to Terrorism states that, during the JDL's first two decades of activity, it was an "active terrorist organization." The JDL was specifically referenced by the FBI's Executive Assistant Director Counterterrorism/Counterintelligence, John S. Pistole, in his formal report before the National Commission on Terrorist Attacks upon the United States.

JDL is suspected of being behind the 1972 bombing of the Manhattan offices of theater empresario Sol Hurok in which 2 employees were killed.

Posted by Canadian Nationalist Front at 4:57 PM No comments: