Announcement for the new year the launching of the Canadian Nationalist Front-CDF (Civil Defence Force) branch. 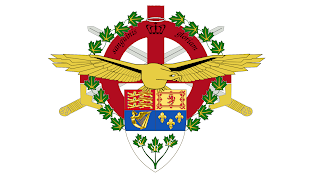 A branch to deal with civil defence, security for rallies, protests and University speaking engagements to defend against leftist and communist terrorists when the police are overwhelmed or sometimes unwilling to keep the peace we must do so ourselves for public safety. Will also aid with border security.

Raising money for riot gear and tactical equipment such as riot helmets with visors, tactical bullet/stab proof vests, riot shields, communications equipment, body cams (to document crimes like assault and destruction of public property by the left) uniforms for our Civil Defence Force of volunteers to keep the peace during rallies and protests across Canada from violent leftist/communist rabble that overwhelm the police at times.